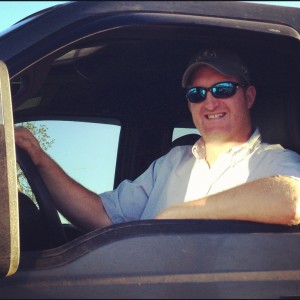 A few weeks ago, I stopped by a farm in southeastern Missouri (the Missouri Bootheel) to meet someone I had only talked to online and in the process got to see a crop I had no idea was grown nearby. And I have to admit, its a crop I hadn’t even thought about being grown at all! Horseradish. I mean what do you think of when it comes to horseradish? For me, it was prime rib or roast beef sandwiches first and I’m guessing like me a farm was never even on the horizon no matter how much you were to squint!

But as I talked to Andrew Ambrose about the area of the Bootheel he farms in, we talked through the various crops nearby. We talked about my favorite fiber (yes, I shot an Instagram or two in the neighborhood). And there were a lot of soybean fields around, some wheat already planted for the winter and lots more. But the one that made me say “I’ve gotta see it” was his mentioning horseradish. 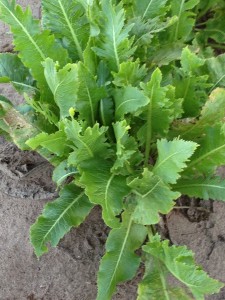 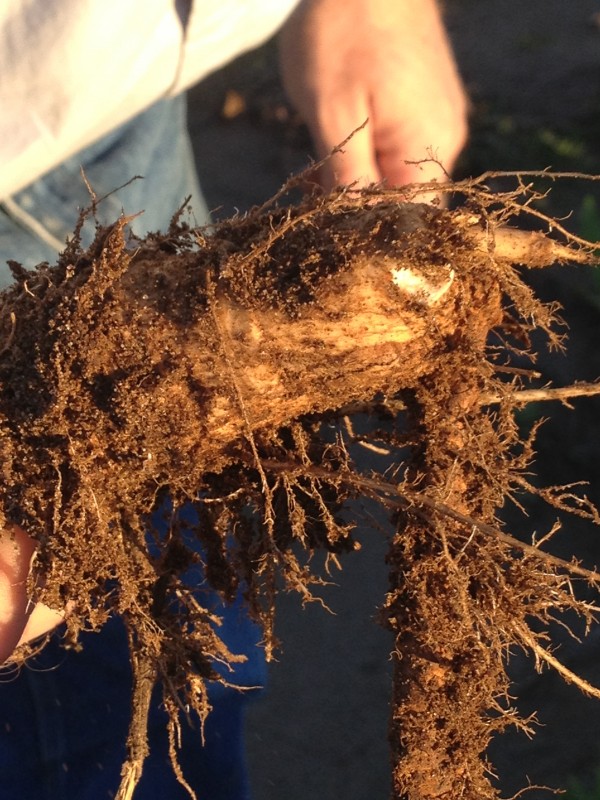 Since my family grew radishes in our garden when I was growing up, once I thought about growing horseradish, I assumed the root was the part of the plant folks were after. I was glad to find out that assumption was right. It was interesting to see the plant in the field… that’s what prompted me to remember my parents had planted red & white radishes when I was a kid. These plants were a lot bigger though and that made me feel certain the root would be too!

Andrew told me the root doesn’t have much smell to it, but he knew he’d have to prove it to me so we pulled one up. (My apologies to the farmer whose field we were in for taking a plant out.) And he was right. If I had only read the Wikipedia entry for horseradish I would have known it:

The intact horseradish root has hardly any aroma. When cut or grated, however, enzymes from the damaged plant cells break down sinigrin (a glucosinolate) to produce allyl isothiocyanate (mustard oil), which irritates the sinusesand eyes. Once grated, if not used immediately or mixed in vinegar, the root darkens, loses its pungency, and becomes unpleasantly bitter when exposed to air and heat.

Andrew said it has a long growing season and will not be harvested til February or so. I found a website that points out tips if you want to plant horseradish in your garden, one of the tips is especially interesting to me because I was told they change fields for farmers annually to make sure they have a consistent product and weeds and other pests can be tough to control so moving it field-to-field is beneficial for maintaining high quality standards. And since there are full fields of horseradish and yet people only use a little at a time, I have to think Missouri is a powerhouse in the US horseradish industry!

Playing around online learning more about horseradish, I came across a post that makes me think about why someone would eat horseradish. There are several health reasons that are pointed to in this ehow post. As an allergy and sinus sufferer, I knew horseradish was good for helping clear your sinuses (and in my family we use the Japanese version wasabi) for that property at times — opens up your sinuses so you can breathe clearly. But ehow also gives tips on the use of horseradish for bladder infections, skin spots, breaking a fever, soothing sciatica or arthritis, and relieving coughs & sore throats.

Gotta admit that’s enough to make me think I should think about working more horseradish into my diet.

And of course, a quick check of the web resulted in someone’s top uses for horseradish! They did a list of the top five uses, several I had never heard of:

How often do you have horseradish? How do you use it?

0 shares
« Learning About Sunflowers Right From the Farmer
Wandering Around a Beautiful Rose Garden in Tulsa, Oklahoma »