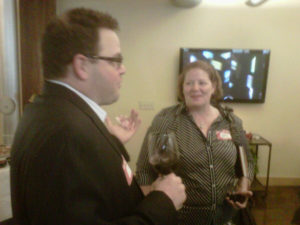 Last week was a rare one for me. I had the chance to really soak up some social media buzz not once but twice. And some of it was a third time! What could be important enough to spend that sort of time getting my head around it? With my recent job change, I’ve different responsibilities on for social media.

And having recently won a copy of The Now Revolution by Jay Baer (Twitter, blog) and Amber Naslund (Twitter, blog), I had read part of the book but not all. I have really been enjoying it as most of it gave clear illustrations and more evidence of some things I have been thinking about or builds on ideas that make absolute sense to me. And I had two opportunities to see Jay talk social media marketing (thanks to AdFarm and Standing Partnership) so I risked being labelled a groupie or stalker and accepted both invites!

What is The Now Revolution?

The premise of The Now Revolution is that social media is the latest way to change response times for business. Jay gave several examples with fax machines being something that clearly sped up reactions and email being one of the most recent. Social media has made it a “now” thing. That time demand shift, means business need to look at how they do business, not simply how they do social media. Yes, he imparted lots of wisdom in the presentations — some of which was shared in tweets below but to really get into this, I’d recommend you reading the book in total as well as finding a chance to meet Jay. Love to have names, faces and concepts all come alive.

One of the other reasons I couldn’t think of RSVPing for only one of the Jay Baer presentations, meetings like this are also opportunities to talk to more people who are passionate about social media. Several friends were at the presentations and it was a great chance to talk to others in the St. Louis area about what they are doing with social media to generate buzz. I had to pop in a short slide show that includes friends Katie Pinke @katpinke, Josh Lysne @jlysne, Nick Web @n_web, Tricia Briad @agchick, Leah Beyer @BeyerBeware, Megan Kuhn @megmkuhn and of course Jay Baer @jaybaer!

My Tweets from Jay Baer Presentations