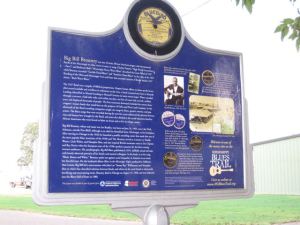 This week I was back in a couple of small towns I called home for a decade or so. the reality of how much my world shifted by living there came to mind.

See, I was living in metro New York, in Westchester County (White Plains if you want specifics) in the early to mid 1990s when I got a call from a head hunter about a small company looking for someone with my background and PR skills.

I had been working with cotton, soybean and rice farmers for a while doing public relations for another agricultural supplier. I was from the South and that job gave me the incredible ability to live in one of the busiest areas of the world while letting me also travel back frequently where people took their time. I wasn’t too sure I was ready to choose one or the other but after a few months of talking with the company, I decided to take them up on their offer to at least visit.

As I drove down what is now an stretch of highway I know well enough to consider it a dear friend, I remembered the phone call with Don giving me directions on how to get to his office. He asked if I had ever driven Highway 1 north of Greenville, Mississippi and I said yes. He said “then you probably know Scott. We’re the place with all the field signs along the road.”

I paused. I really couldn’t picture it at all. And that’s not the sort of thing they put on a road map. Just the same, I thought I can find it and confirmed the time & place we’d meet to talk more.

Yes, as I went down there, I totally missed the turn that Don said was so obvious. Luckily I realized it as it happened and was able to make my next turn around. Years later, I was probably on the phone giving people similar directions and saying you can’t miss it but Wednesday & yesterday, I realized I may be rejoining the crowd that can. And knowing what small towns like this hold, I refuse to become one of the people who just drive through at highway speeds without thinking about at least some of the towns. So here is a tiny part of the story of Scott, Mississippi.

Scott is right along the Mississippi. In fact, the infamous turn that can’t be missed includes a bridge that crosses a creek that comes out of an oxbow lake. That lake may be one of the most famous backdrops in cotton photography cause almost everyone worth their salt has taken photos of a small field, the beautiful cypress trees and that lake.

I love that during the time I was there, a historic marker went up alongside the highway commemorating the flood of 1927. A flood that was devastating to the region. A flood that left Scott with a unique claim to fame — it was here that the levee broke. Although in 1927 there were not news cameramen hanging from heliocopters or driving around in boats, the news of this devastation spread quickly. (National Geographic featured a Stephen Ambrose article on the flood of 1927.

The event was so monumental that it continues to be the subject of great art from the area. While I lived in the Delta, John Barry wrote the infamous Rising Tide book accounting some of the stories all these years later. And a cotton artist named Jack Deloney did a print that included a montage of watercolors he did based on historic photographs.

Right as I was leaving the Delta (I worked in Scott but lived in the small town of Benoit just a few miles north the last few years and Cleveland for a while upon my move to the South), they announced the Blues Trail. And everytime I go back, I seem to stop for a photo of one of the markers. The one in Scott is the one that really caught my eye again this week. It tells a bit of the story of bluesman Big Bill Broonzy and the role he and other blues musicians had in telling the story of the 1927 Flood from the African American perspective. He claimed Scott, now known mainly for Deltapine cotton seed, as his hometown.

Broonzy may not mean anything to you and probably wouldn’t have meant much to me either were it not for a college professor I had. He was a unique guy to say the least. I was studying mass communications and learning it from Dr. Bill Randle, a disc jockey from Cleveland, Ohio who had risen to fame as rock and roll was brought to prominence (check out this link to elvispresley.com).

Randle had his own way of doing things, and so when other professors assigned papers and let students pic, he assigned papers with topics he thought we needed to learn about. You guessed it, Randle assigned me Big Bill Broonzy since I was into some of the mainstream blues and was from Memphis.

To have all of this come back to mind because I returned to my former hometown for a field day where I was to look at cotton was a bit overwhelming. It truly makes me wonder if there is such a thing as fate or if Bill Randle just knew that folks needed to slow down and take time to notice some of the things around them.

It’s worked for me and yes, I have stopped for many a historic marker along seemingly abandoned stretches of highway while out visiting farmers who provide the food, feed and fiber the rest of us enjoy. The pictures I can get from those markers make me remember the contributions rural and small town America have given to pop culture and our history.

What has your small town offered the rest of us that we may not realize? 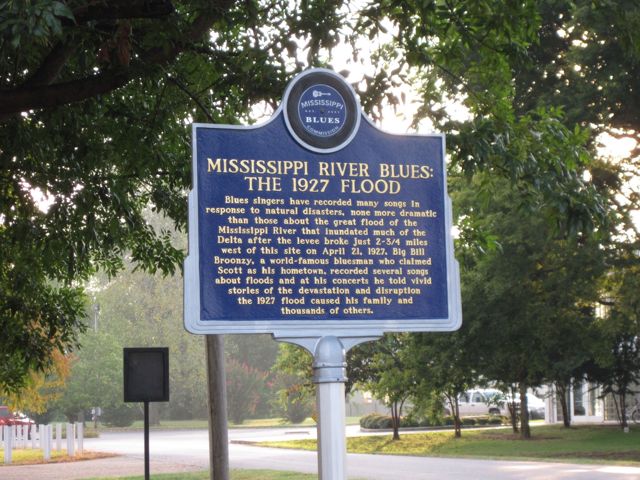 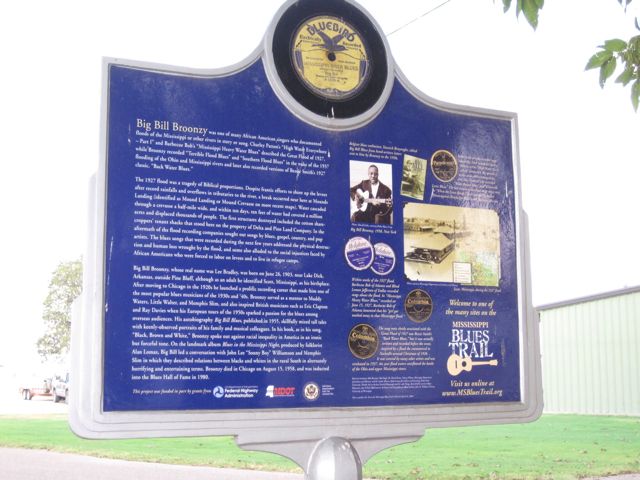