Do you ever find yourself mentioning something and then when you have to explain a bit more, you realize the story sounds funnier than you meant? 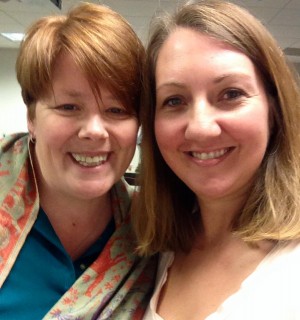 That’s sort of what happened this weekend while I was at a luncheon for work. Since we were in Atlanta, my dear friend April came to help out. It is so good to catch up with her more often these days as work gets me to her part of the world.

As we were talking, we were explaining some of the things her dad is up to. Freddie farmed right across the road from my office in Mississippi and even though it’s been a long time since I’ve seen him. I keep up on what he’s doing.

We were talking about the fact Freddie & his wife have a grit mill and someone said I must know her dad really well. I said something like “heck yes, I named his dog once!” and April was like “really?” That’s when my most Southern moment came as I said, “remember that dog with just one ear? The stray that just showed up & Freddie took him in. Named him Van Gogh.”

No joke… in that one instant I surprised myself! I mean, that story rarely comes to mind. It is something pretty insignificant that happened a decade ago. A stray one-eared dog showed up, a farmer cared for him. And I have long had a thing for Van Gogh paintings. But what was so funny is in a room of Southerners, the conversation turned to other dogs…. especially dogs who had lost a leg or something. Seems everyone has one.

0 shares
« St. Louis A to Z: Veiled Prophet
Letters from Ferguson, History and Wanting to Soar »