I have been meaning to write this post for a while and keep not getting it done. I think it’s because it is such a massive topic. But I couldn’t make it smaller and truly represent what I was thinking in my 30 days of thanks series.
But I also don’t want the series to end without me mentioning it.
So why did I think it is so important that I wrestled with it for weeks?
Well, I live in a place and work in an industry that has been created by people who were willing to see potential in something totally new. Those people have discovered new lands and new uses for plants and animals, etc.
I am in awe of that mindset.
People who first saw a cow’s utters and thought let’s drink what comes out after we squeeze it. People who got to the Atlantic Ocean and thought let’s find a way to cross this and see what else we can find.
Some of these folks see a stack of wire and move it to a way to communicate or a plant that keeps getting ravaged by some pest and keeps looking til they find a way to help strengthen the plant’s resistance.
I know some of these people hit dead ends. Most people do hit deadends and when you are thinking about something so unique, i am sure more deadends are there than successful new routes but rather than take that as an end to the adventure, they usually regroup and find another way to go about things or they may discover something else they hadn’t even considered!
When you think about Christopher Columbus, do you remember how he failed to find a route to India or how he led a group of Europeans to lands they never knew existed?
Think of how many people have had to look for new ways to address illnesses like cancer…. I mean what would we do without people who first thought about chemotherapy or radiation? Or can you imagine how different life would be if people never settled down & started tending crops? I can’t imagine being a hunter-gatherer!
Thanks to explorers, my family arrived to the US generations ago and we have benefitted from untold discoveries and inventions. For me, that is truly something to be thankful for. 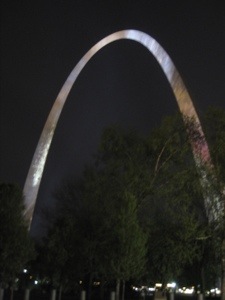 0 shares
« Thankful for So Many Friends Who Join in My Love of Farming
Thankful for an INCREDIBLE Thanksgiving Weekend! »