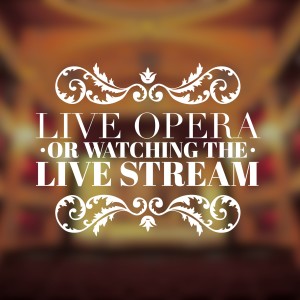 It was a unique experience that I hadn’t heard about until recently and now I am looking forward to doing it again. Let me explain.

Over the New Year’s weekend, a friend and I went to a movie and while there, I noticed a flyer about the live streaming of several productions in the Metropolitan Opera’s season. Somehow I had missed the fact that the Met season is live streamed to a bunch of movie theaters. And this is the tenth year!

I’m not exactly sure when I saw my first opera, but I was lucky to get exposed to a variety of styles of music very early. I can remember school programs getting us to the ballet and all.

But somewhere along the way, I found a love of opera. I remember going to Lincoln Center and being in awe of the place. And yes, I envisioned Cher & Nicholas Cage ala Moonstruck when I walked toward the fountain.

I have a variety of operas on my iPod. I remember driving around Italy listening to Andrea Bocelli’s music. When I was living in the Delta, I had several chances to see opera at the Bologna Performing Arts Center. I remember seeing Turandot, La Boheme, Madame Butterfly and more.

And although I wasn’t sure how a live stream of opera would work, I have to tell you…. this was a pretty fantastic way to see opera!

Sitting down, K.J. and I were chatting about how we weren’t sure how the camera work would be done, how supertitles/subtitles would be done etc. Having seen several live operas, we started comparing some of the factors.

All that said, you’d think the answer was clearly in the …. but in reality I love it live too. And the added costs are worth it to be in the theater with that level of talent!