Music is a huge part of my life. I have never been what anyone would call a musician (I am sure that lawsuits would be filed if playing flute in junior high school qualified). But I think most of my family and friends would nod in agreement if someone said I was passionate about music.

If we we in a court of law trying to prove my passion for music, I’d want to get several people to take the stand for me.

Wow! Once I got started reminiscing I had trouble stopping! But the reason I run through that whole list is to point out I have a very diverse love of music and LOTS of people I share that with! 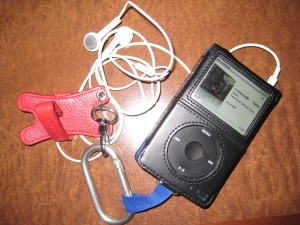 So it shouldn’t surprise anyone that when I wanted new tunes to listen to, I turned to my friends to get suggestions on what I need to be sure was on my iPod (new music or things I may have missed along the way). The suggestions came in so fast and furiously and I acted on them so quickly that my iTunes account got locked!

And for me, with all the flights I’ve had in the past six weeks, the tunes have had a chance to keep me in a great frame of mind mentally and musically! The ones on my iPod that I have truly enjoyed follow. You should consider them for your iPod if the list above sounds good to you!:

Did you see some things here that you’re thinking you may enjoy? What tunes do you think I should consider adding?

0 shares
« Changing Jobs Means A Change in Decades of Routine Career
Spending the Day at Windsor Castle & Catching a Concert There at Night! »