I know that I am going to post too much about the #140conf small town. Afterall, I have already posted on it multiple times (accepted to speak, pumped about it coming soon, the cool space night….) and there will be more. But I wanted to explain why I am so excited over something like this that I would have multiple posts on the topic. And the reason is really simple. Its the people that provide such an amazing experience. These people were in many cases good friends through social media, but you feel truly connected to these people because you share your story, some of the deep-seated feelings, hopes & dreams.

To people who don’t actively engage on social media, that may sound nuts but the reality for me is I met a bunch of friends I’ve chatted with for two years or more. I also met friends I hadn’t crossed in social media before. So some of the folks I met who really rocked my day (and my social media world before, during and after the 140 Conf Small Town) are featured below — I encourage you to get to know them. It will definitely be enjoyable! And I know I’ll be missing some folks…. some truly incredible folks. But I’m beginning to think I’ll never get this out if I don’t stop myself now. (Besides, I can always add to and supplement cause the event doesn’t have to stop.)

I can’t believe it took this long to meet Becky but it was worth the wait. Chatting with her off & on throughout the event, I found myself missing Enid, Ok (something I never thought would happen when I was living there). Her talk about the farmer that was in the Chicago Tribune still has that photo in my head.
Twitter: @BeckyMcCray
www.beckymccray.com
Friends Jeff Fowle & Ray Prock had told me about Jeff Pulver for a year and a half. The man lived up to the description of a guy with a great heart and ability to really connect with people. He reminded me of those years in New York and how often I tried to explain to friends in the South about the warmth of my neighbors and people I worked with.
Twitter: @jeffpulver
jeffpulver.com

I enjoyed a big ol’ cup of chai and a bunch of belly laughs the afternoon before 140 conference started with some of the ag chicks I’ve known for a while.
It was my first time to meet Debbie though I have talked to her so many times. I even met a farmer on a shuttle in Atlanta who knows Debbie as his son was dating on of her daughters. She makes me laugh and at the same time puts me in awe of the amount of work she can do with the infectious smile squarely in place!
Twitter: @DebbieLB
kansascattleranch.blogspot.com

I’ve talked about Val several times on Facebook and have had the chance to meet up with her quite a few times (Chicago, Seattle, Atlanta, St. Louis and now Kansas). We’ve shared some of her triumphs with her blog (totally rocks) and we shared her son’s illness. Hanging out for coffee/tea without any demands for even a short time was truly a gift. One day we’ll get to just hang out in one of our homes.

This one…. Katie. She’s a handful. And we all enjoy it fully. We both spend lots of time on the road with detailed schedules to keep us on our toes. Arriving in Kansas a few hours before we had to be somewhere meant there was fun to be had. And when we got to a place where we could help people understand why we do what we do, the switch was flipped and the smiles were accompanied with messages of what was important to us. Priceless.

Twitter: @katpinke
thepinkepost.com
Several of the above faces were already introduced, but you have to meet Michelle Tucker @kst8er76. She’s somewhat local to Hutchinson and unbelievably, she figured out along the way that she knows one of my suitemates from my freshman year of college. She proves that the world is far smaller than I thought and that its all good!
I met Sheila in some of the earlier days of #blogchat — women living in the south used to be a rather small percentage of the crowd. Women who love travel and got on blogchat were even rarer. Putting the name with a face and voice was great!
Twitter: @SheilaS
www.sheilasguide.com

When Kevin Honeycutt explained how he felt the first time he was in the front of an audience, ready to go with his laptop and other tech things, so he could interract with the speaker and was told that everyone should turn off their cell phone, I knew that would come to mind again. Happened this week! So disappointing to be assumed to be goofing off when you are capable of spreading the message much further.

Twitter: @kevinhoneycutt
kevinhoneycutt.org
We’ve all seen a day go wrong. The nightmare Laura faced when her high school aged son had a seizure at a concert hours from home requiring emergency hospitalization, well, it was unimaginable. She said simple Facebook updates made as things were unfolding let her feel the support of a massive network offering prayers. Her story tore at our hearts and yet helped us see the strength of a community lifting up one of their own.
Twitter: @LauraGirty
When we broke for lunch, I wanted to be sure I met someone new. That someone ended up being Jennifer Keller (funny as I know someone else by that name in Ohio!). It was great just getting to know someone with a really different look on things. We chatted generally about what we do for careers, about the social media networks we have at home and the fact that 140conf rocks!
Twitter: @JenniferLKeller
www.redcrossblood.org/centralplains
It is unusual for me to hear someone talk about their life and see multiple parallels that seem so unusual. Living in the New York area and then leaving it for something in the middle of nowhere isn’t a common life path, but its one Milli and I share. Good fun since she’s also a redhead. Oh and she really rocked some cowgirl boots! Love the attitude!
Twitter: @MilliGFunk
www.smalltowngirlsguide.com
I’m sure some of my AgChat friends will not be surprised to hear that out of everyone at the event, somehow I friended the one who came all the way from Lethbridge, Canada! We had some great laughs as well as great discussions.
Twitter: @starmediaguy
www.uberskookum.com/blog
Two dear friends who were there with us for the full event but didn’t speak (I am already encouraging them for next year though 🙂 ) are my friend Andy Hutchinson (aka @chainranchlady) who I mentioned in a post on the Oklahoma Land Run and her daughter Kasse Duffy (@MissDuffys) who I hadn’t met til she got to Hutchinson, but was an immediate friend! Andy has an established blog & Kasse was inspired by people she met at 140conf to start one about how rural women rock!
chainranchlady.blogspot.com
ruralwomenrock.blogspot.com
I also met David Hayden (@DavidHayden7 who blogs at http://farmingamerica.wordpress.com/) because when I looked at who all may be able to make the trip without airline tickets, he was close & I sent a direct message urging him to come. Was thrilled when he stopped me in my tracks and introduced himself!
I’m always drawn to the photographer in the room and Jeff’s uncle Jerry Hirsch (affectionately called Uncle Jerry by all of us) was a great sport snapping photos of almost everyone at the event! And there were awesome photos too! So you check out Uncle Jerry’s photo album from #140 conference Small Town. But I’ll use Uncle Jerry’s photo of the crowd to help you see the greatness in the room!
Photo of the 140conf Small Town participants by Jerry Hirsch
Among the folks I didn’t catch photos of (regrettably) are:
Thanks to  The Midas Center: 140 Character Conference Talks About Character, Social Media and Small Towns for help on names, Twitter handles & blog addresses. 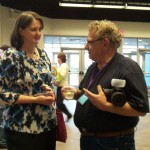 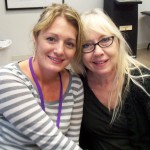 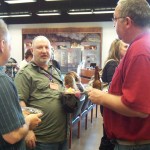 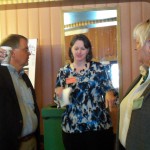 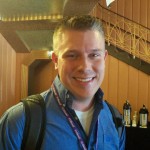 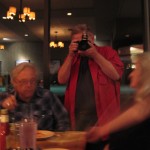 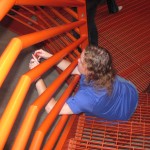 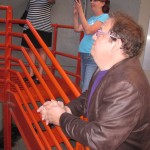 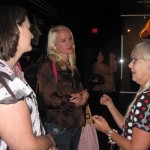 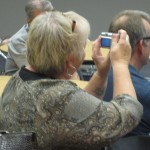 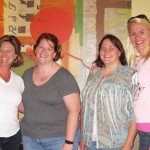 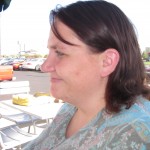 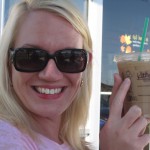 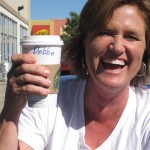 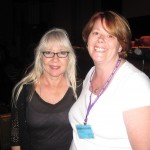 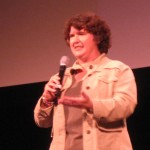 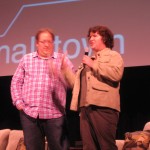 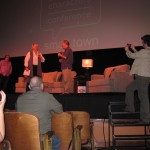 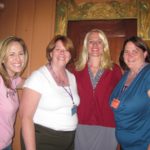 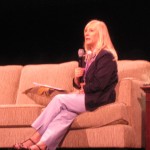 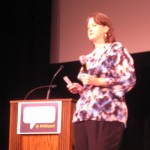 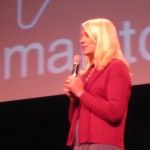