iwali… just saw the word in a friend’s status line and immediately thought about how lucky I’ve been to witness the festival.  It was during my trip to Malaysia in 2006.  While I still want to be in India sometime during Diwali (or Deepavali depending on who’s talking about it), the taste of it in Kuala Lumpur was pretty fantastic!

Diwali is usually thought of in terms of “the festival of lights.”  From what I understand, the festival provides Hindus a five day period to be somewhat introspective and to celebrate their inner light.  What struck me was how that was celebrated.  They put out lights at their houses and I wish I had been able to catch photos of more of that.  While some of the houses I saw had the modern lights that most of Americans call Christmas lights, several homes & businesses had oil lamps on the fence or property wall.

There were also parties and dancers that shared the Hindu culture with the general public (a combination of Malay, Chinese, Indians, etc.).  Enthusiasm, color and light abounded. Everyone — Hindu, Christian, Muslim, Buddhist — seemed to join the celebration!  Here’s what it looked like in a major mall in Kuala Lumpur. 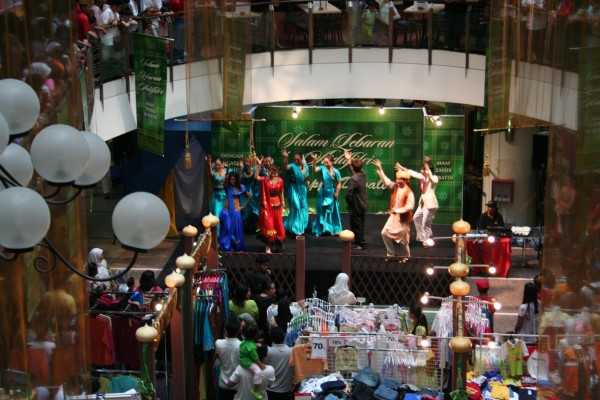 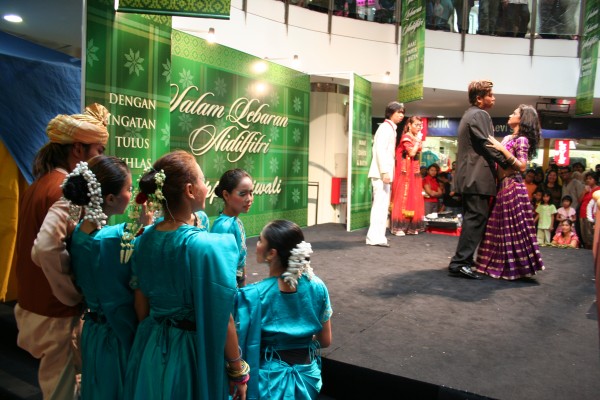