The number of words that come to mind for the letter F was astonishing. Food, feed, fiber, farms, FFA, and I had suggestions like floriculture from Thomas Marten (and I do love flowers) and Kim Parsell gave me lots of ideas — farm, fig, fence, fertilizer, feed, flax and fungicide. All of those are great words that are parts of agriculture that deserve time and reflection, but I think it is farmers that most deserve the attention today. And quite frankly, I think they need more attention everyday. Maybe I should have written the entire series of posts about farmers! Don’t you ever ask yourself “what are farmers like?”

Farmers are just like everyone else which means they are a bit like snowflakes — no two are alike! They are also filling a critical need in the world by growing food, whether it comes from their farm in the form we get it or it undergoes some processing. When you think about professions we have to have, not just who are nice to have, well, the list gets fairly short. That’s the thing that separates farmers from the folks like me! On the other hand, what I have in common with farmers is a lot of them do it because they have a passion for agriculture. Farmers also tend to have an aptitude for working with the land or livestock though and I have to admit, I don’t have so much of that.

When I look at farming, I see a lot of risk. Having the ability to accept a crazy amount of risk each year by planting seeds and doing everything in their power to produce crops that provide nourishment for the rest of us. And those efforts can be wiped away by devastating weather. But rather than present themselves as risk takers, all the farmers I know don’t really focus on the risk, instead they focus on the promise of another spring… the promise of seeds put into warm soils… the promise of spring and summer rains… and so much more. Most of them think they are “just a farmer” like in the poem but I think they are far more than”just a farmer, plain and simple.” 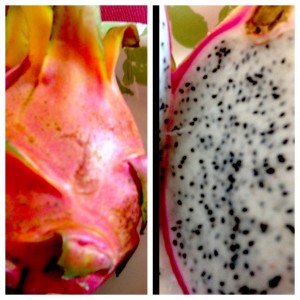 When you think of farmers in the US, its weird to think about the fact that in the US, they make up less than 2 percent of the population. And I’m not sure you know this but Americans like lots of choices so over time, the types of farmers has really expanded as what people want to eat expanded. I think about the foods my grandparents ate and I don’t think they had much diversity. And as I write this I can look at the shell of an exotic fruit I ate earlier today that would stun my grandmom. I had never even seen dragon fruit til I was in Malaysia several years ago.

I have to say, the US has so many great options. I love really fresh fruits and vegetables too and so I don’t eat such exotic stuff daily (the price helps reinforce that it is for a treat!) I love that in the cities I call home, urban farms are becoming a lot more in number. There also seem to be more local farms on the outskirts of town, serving the growing numbers of farmers markets. One of the things I think about farmers is we need to make more of them in the US! There are a lot of farmers nearing retirement age and I think a lot of people would agree with me on the possibility of having even more urban and suburban farms too. Wouldn’t it be great if people were building farms instead of subdivisions?

And we need to make lives of farmers in other parts of the world better. On my vacations to Turkey, Malaysia and The Philippines, I had the chance to get out into the countryside and talk with farmers. That experience was torqued up a few notches when I had the chance to go to India for work and was able to combine some vacation in too. They have lots of farmers in those countries, but farming doesn’t really pay very well so a lot the children of farmers look more to the cities for jobs. It seems very few have the vision to see how to make their lives better by staying on the farm, I remember lots of US farmers thinking the same was true a while back. 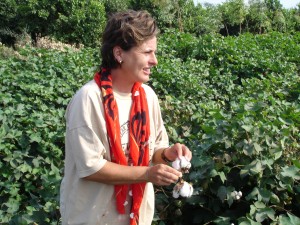 Instead of letting other parts of the world go down a path of disconnecting themselves from the farm the way we have in the US, let’s think for a second. US farmers are generally able to make a decent living despite the risk they take on. Sure some years its bad, but other years it works well. In a lot of countries, farmers are living in poverty and hunger. It would be great to raise the standard of living on those farms, helping more young people see farming as a viable profession, one that deserves respect and pay that equals the town jobs.

I love that people like my brother have gone from our urban heritage to create his own path of farming the way he wants. I have met lots of other folks who have found similar paths. And I have started getting my raised bed and containers together for the year! Sure, I’m gardening not really farming, but producing even some of my own food helps me understand at least a little bit what it takes to raise food. And I have to say, the drought last year made me really happy that I had so many professionals working to grow all the stuff I love and sell it in a variety of places.

Do you have a chance to get to know farmers of different kinds?  Over the last several years, I have gotten to know a whole bunch of them through social media. If you’d like to meet some of the awesome people I have, check out these and others:

What’s the first thing to come to mind when you think of farmers?

0 shares
« E is for Elevator — an A to Z Series about Agriculture
G is for GMOs — What are GMOs & Why Do Farmers Plant GMO Crops? »