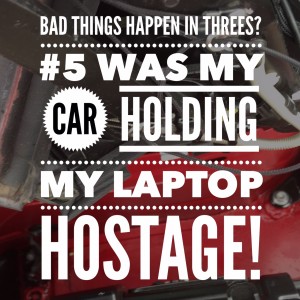 I am pretty used to running hard at work and really find myself challenged when it comes to sitting and doing nothing except on rare weekend days at home. There is something different about the speed of life when things you don’t anticipate start clocking in at a rapid pace. And that is exactly what started happening here recently.

When I got home from Turkey, I woke up the next morning and went straight to work. Took several days of cranking through things and really unwound over the weekend. I thought things were smoothing out but I realized soon that wasn’t happening.

See, the rain started and wouldn’t stop. In fact, it is still raining almost daily with several days forecasting inches of rain.

I should have figured out early on that bad things happen in threes wasn’t really accurate, but who could have foreseen what was headed my way? So here’s what happened (you can also skip to the video where I tell the story if you like!) … 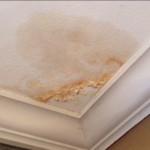 I noticed a small place on the ceiling that looked like a bit of water was coming in. I called my brother-in-law to get his expert advice. I was so busy talking to him as I got home that day that I almost missed a note bringing bad thing number 2 to my attention. 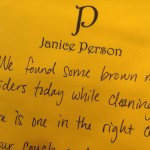 A woman who helps me with my house left me a note saying she had seen a spider, a brown recluse to be exact. Sure, I know that maybe it wasn’t really a brown recluse. I didn’t have a spider to take to all the entomologists at work. Still, you know I needed an exterminator! So I worked from home on Thursday trying to find service people. An exteriors guy was able to come by but I’d have to wait til Monday for the exterminator. 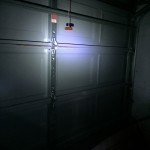 Next thing I knew I was getting up early knowing I had lots of work to do and would need to be home in the afternoon so the spider killer could come, so I could attend a business dinner and head on out on a business trip early the next morning.  Thanks to a night of really bad storms, the electricity was off. Made getting ready a bit hard and it gave me a chance to learn how to open the garage door manually. I thought to myself, at least that is the last of the bad things to happen — I mean bad things happen in threes right? I shouldn’t have rushed to judgement! 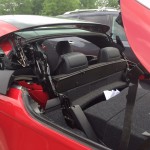 Fourth, convertible top breaks with a shower of hydraulic fluid.

Yes. You read that right. As I left the office the  next afternoon, in the nick of time to meet the exterminator, it was finally sunny. I stopped to drop the top on the convertible thinking it would be relaxing. Seriously top-down days are amazing destressors for me. But that wasn’t the case as the top stopped halfway and hydraulic fluid began spewing from the mechanism. Obviously I hadn’t ever seen that and the smell, well it was immediately known I fumbled for the troubleshooting info on what to do.

I had told friends I had hit the limit of three stressful situations already. Now I had my mind racing to figure out what to do. I found myself unable to understand the owner’s manual explanation on how I could override the top to get it closed. I gave up and used the “phone a friend” option as the spider killer called. The exterminator said he’d get started outside and luckily I found a friend who would help me figure out how to deal with the top. Something was off but we got it to the point I could drive home. I started calling the dealership and garages immediately. I arranged for the tow truck to come pick it up. 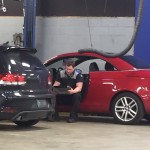 Fifth, my laptop is held hostage.

Every time I have told my story, this is the point at which I have gotten the most quizzical expressions, the most questions. I myself could hardly understand but I guarantee, being held hostage is exactly the feeling!  About the time I called the tow truck, I realized I had put my backpack in the trunk. That meant the laptop holding the presentations I would be giving the next few days was in the trunk. So I went out to get it. That’s when I realized that since the top wasn’t locking into place, the windows wouldn’t go up and the trunk wouldn’t open. Uh… that’s not good in a Noah-friendly environment nor is it good for my presentations.

I tried to get through the backseat but I guess I need to work on those skills. And I phone another friend asking if I could borrow a car for a bit — at least to get to my business dinner and the garage that night. I called the garage explaining the hostage in the trunk and my desperation. They said they would hook my car to a computer, be able to figure it out and get my bag. It sounded so easy. I relaxed and went about my way thankful the dealership would be open til 9 so I went to dinner. I was enjoying myself til I realized it had been hours without getting word from the garage. My pulse started ramping up so I called and was happy to head there after dinner.

The plea for them to free my laptop was one they hadn’t heard, but they said they would get it done. I had a new confidence as a guy named Michael who is most familiar with the model car I have brought my car in & started to focus on it. What I couldn’t know is as maddening as it was for me, it would be equally challenging for a mechanic. I was there a couple of hours…. had the chance to get to know several of the guys in the shop pretty well.

After an hour and a half or so, I was close to my breaking point. I put out a plea for good vibes on Facebook saying “There are days when you think things are going ok and then days when you have trial after trial on your ability to function. The day started off not great & has progressively gotten worse. Am being challenged to see how this day will end and how tomorrow will start. #fingerscrossed doesn’t begin to explain my mindset. Don’t want to get into all the explanations, suffice it to say good vibes would be appreciated in abundance!” Friends and family started sending good vibes, prayers, kind words and as the positivity got me on the right path, Michael freed that laptop! And at 10 pm I finally headed home!

Lost My Rhythm For a While 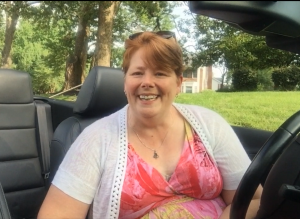 I have to admit that this all threw me off my game for a bit. And with the costs already closing in on $3,000, I have to say it certainly has hit my bank account too. But I kept going, even if I did want to curl up in a ball on the floor, in the dark, in a corner somewhere…. and although I have to say I really needed a clearer head at times and the ability to think, I limped through things and came out on the other side. Hopefully I don’t get tested quite so thoroughly anytime soon. Oh, and I finally got to enjoy a top-down drive home from work!