When I said a week ago that I’d do a series of posts about my memories and stories, I asked if people had something they thought needed to be shared. I wasn’t sure what to expect, but up came a nudge from my cousin Lisa. 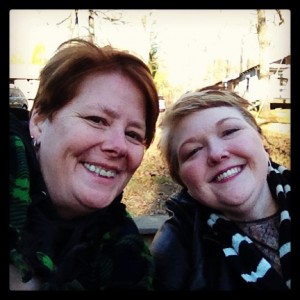 Growing up, Lisa was my closest cousin even though at the time the few years in age sometimes seemed like a lot, it usually felt like she was my younger sis. She lived with her grandparents quite a bit and that meant we grew up in the same neighborhood.

Add to that her granddad (pa) was the minister at church, my mom church secretary, and my parents & her grandmom (gram) who weren’t at the pulpit were in the choir and you can imagine someone had to take responsibility for two redheads!

Once we were going to church services, that meant sitting with the first redhead Lisa & I got to know….. my grandmom (aka Aunt Louise).

We were a mischievous lot I tell ya!

It was grandmom’s job to keep us quiet and get us into the routine of listening in church. It was one she took seriously. Lisa, the other kids and I could be a bit silly before church started as kids are apt to be when they see friends they may not get to see very often. But when it came close to time for service to start, we knew we better calm down and find grandmom. Sometimes a friend or two would join us too. 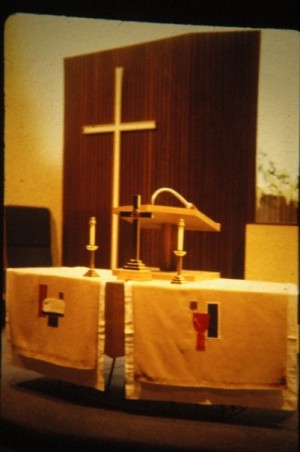 Grandmom always sat in the third row from the back. Most people came in the old sanctuary, through one of four doors in the back. She always used the far right door and sat toward that end of the row.

We knew who would be in front and behind unless a visitor threw everything into havoc, which everyone embraced happily. Albeit a bit disorienting.

These were the days before there were kids programs and crayons. We sat there, mostly quiet, sometimes doodling, sometimes playing hangman or tic tac toe.

A little ways into the service, we could always convince grandmom to give us a piece of gum — always Dentyne. Afterall, it would keep our mouths closed! LOL! When I think back on it, grandmom was the only person I knew who chewed gum and even today, a package of gum is almost always within reach for me!

Now and then, we may start to whisper a bit too much, or lord help us, let out a laugh about something the other had said, or a face they made. We’d usually be calmed by “that look” but you know how kids can be… sometimes we took it to the next level and that’s when the pinchers would come out!

Seriously, Grandmom would pinch us! It seems so funny now, but at the time, that would shock us so strongly she rarely had more trouble. But if she did, she’d also separate us…. harder to get into trouble sitting on either side of her. Sometimes a friendly hand would come from the row behind us too…. resting on our shoulder as a hint to settle down.

As we got a bit older, I can remember her changing tactics…. that’s when she perfected her karate chop! I’m not sure how many times I got it, but it totally left an impression! LOL. 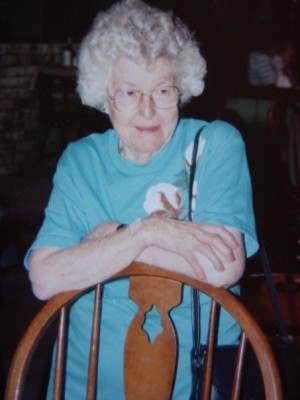 Right on the knee…. sort of like she was testing your reflexes! She was silent, the motion swift…. I doubt anybody around us ever saw the pinch or karate chop happen.

And my bet is that if some of the folks who knew my grandmom read this, they will laugh and say they can’t imagine it even as they picture it fully!

My guess is grandmom had been taught similar lessons in childhood…. her red pigtails may have gotten pulled that caused the restlessness that came her way or she may have given someone else a tug.

Looking back on it, I can’t help but think grandmom wasn’t grinning inside and getting some joy from us kids having fun, but she didn’t want it to disrupt worship…. it was a delicate balance.

Read more of the month of memories.