It seems like a long time since I lived in New York sometimes, others it seems like just yesterday. Getting back to New York a few times this year, I’ve had a few chances to stumble into memories.

I was surprised to have a cab let a colleague and I out across the street from Carnegie Hall…. I was especially surprised since we had asked to be taken several blocks away! I decided it was serendipity and snapped a few photos. 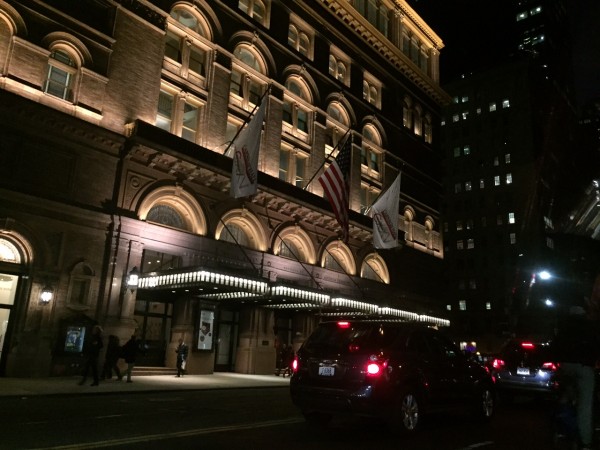 I couldn’t help but remember who my dear friend Barb and I bought tickets to a short jazz series at Carnegie Hall one year. Just a few concerts over several months time. She’d take the bus from Northern New Jersey and I would take the train down from Westchester.

While I can’t remember the specific show, I remember one concert for a different reason.

It was raining a bit and the traffic was horrible. I was running late getting in and couldn’t catch a cab bot I ended up hoofing it to 57th.

When I got to the hall and finally reached my seat, I was out of breath. After about 30 minutes, Barb leaned over and said she thought I may have asthma. I knew something was wrong, I couldn’t help but notice the wheezing, but didn’t want to think about something chronic. A few days later I was at the doctor getting diagnosed.

I really preferred being breathless due to great music but hey…. you can’t always get what you want!

0 shares
« An After-School Class in Trampoline?
Third Row from the Back on the Left Where Dentyne is Found »