I love baseball. I’ve been a Yankees fan for years. Started when I first saw the pinstripes but the four years living in New York solidified it. Something about the regular trip to the stadium, discussing the games with friends and complete strangers, and let’s not forget the World Series spirit. I’ve really been a baseball fan though, with the Yankees being the team I enjoyed most. I’ve had the experience of seeing games in Cleveland, Phoenix, Anaheim, Denver, etc and I’ve loved them all. So when I started coming to St. Louis for work it was clear that baseball would be part of the experience. What I didn’t expect was how connected the Cardinals are to agriculture or how that would impact me. 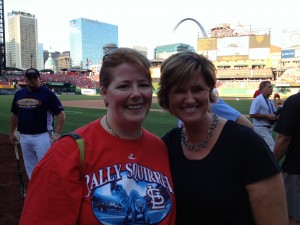 St. Louis is a hub in the region for agriculture…. its location on the rivers and its historical role as the gateway. And there are a lot of ag businesses here in St. Louis including my employer, Monsanto. With corn farmers and cattle just a few miles from Busch Stadium, in the stands you find a mix of farmers along with the doctors, lawyers, bankers, etc. The dollars brought in by advertising and events don’t get close to the onsors for various events at the stadium range from local restaurants to organizations.

I’ve noticed the farmers who get honored at several games. The Cardinals put them up on the big screen. Sometimes it’s a dairy farmer presented by the local dairy distributor other times its a hog farmer (remember Chris Chinn was spotlighted last year). Well Wednesday night, I got to be ON THE FIELD as my good friend Debbie Lyons-Blythe (who showed Jake’s Flat Stanley around her ranch) was interviewed about her farm. As soon as she finished, my new friend April Hemmes from Hampton, Iowa took the spotlight. INCREDIBLE women. (You can learn more about Debbie & her farm on the farm mom page or on her blog Life on a Kansas Cattle Ranch. You can learn more about April’s farm on the America’s Farmers site.)

As for my baseball alliance, I guess I’m doing fine getting used to St. Louis and it seems I’ve become a Cardinals fan. But don’t expect me to give up my Yankees gear but I am thinking the proper Cardinals gear is in my future. 😉 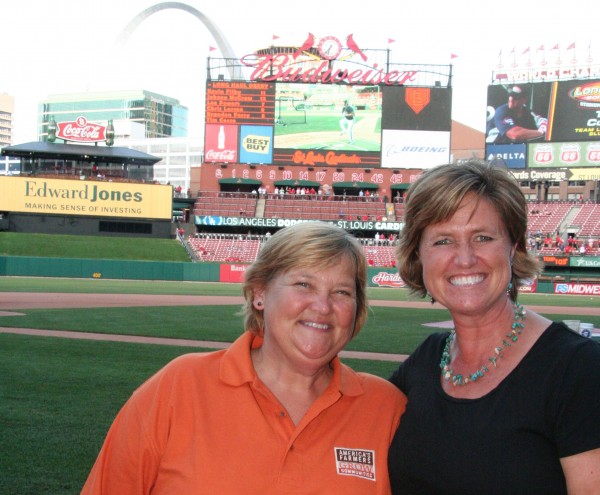 I shot a lot of photos and had started shooting video last night when Brad from the office said he’d capture the video since I had my “real camera” with me. Ended up Jessica ended up shooting the video with my iPhone. The audio could be better but I think you can see how awesome these women are! And by the way, the game went into extra innings but the Cardinals pulled out the win!

And I hope you enjoy checking out all the photos I took. 🙂 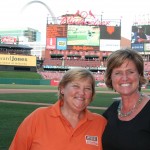 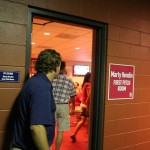 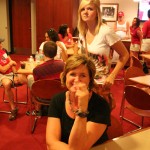 Debbie & Ruth before we go out on the field 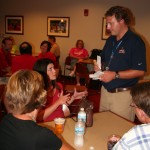 getting directions for the evening 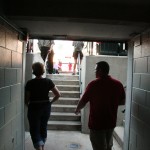 Coming out of the clubhouse 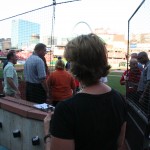 we actually get to go on the field!!! 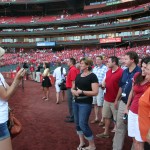 Yep, we are really there! 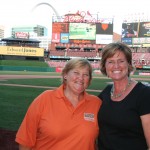 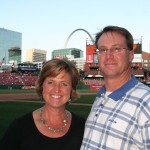 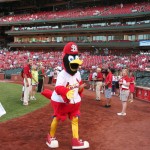 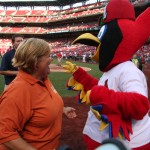 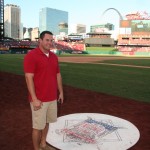 Brad checking out the batters box 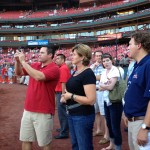 excited to be on the field at Busch Stadium

Ruth on the field 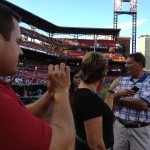 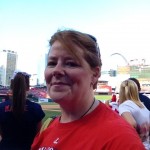 I was lovin’ being out on the grass at Cardinals stadium 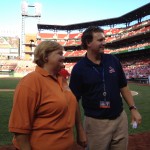 April Hemmes visits with a member of the Cardinals office 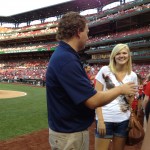 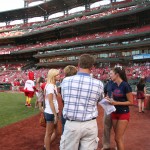 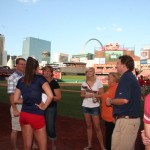 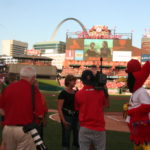 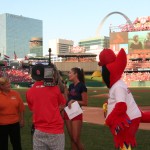 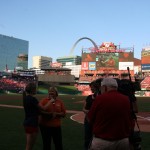 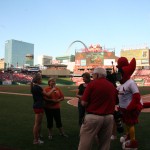 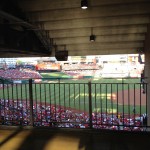 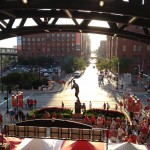 0 shares
« What farms tweet to reach? What Facebook page makes you look?
Cutting Up a Watermelon the Easy Way »