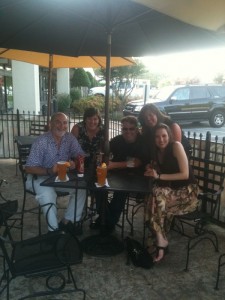 Tweetup with MackCollier (photo by @HowellMarketing)

Writing that headline was fun. Blogging and social media have to be fun for me, cause this blog is a personal passion. I have no interest in “monetizing” my blog (I hope all the spammy folks who send weird messages will read that). I have a great job where I get to do communications.This blog is just a way to share my story. Somewhere in time, it was more than two years ago, I stumbled into a Twitter chat I wasn’t sure was meant for folks like me — Mack Collier and some of the others who had been participating in the chat for a while were awesome. But that was two years ago, so why would I write about him now? Or asking that same question another way, what qualifies Mack as a social media hero of mine?

Some of you may know that the chat I stumbled into & met Mack in was #BlogChat, but plenty are asking yourselves “what is #blogchat?” Mack’s written a great post on that question – so just check out the link if you blog. But the short of it is #Blogchat is the weekly conversation on Twitter that has bloggers of all sorts talking about topics of shared interest, discussing ideas and tips. When I stumbled in, unsure of whether someone like me who just writes a personal blog should participate, I got an almost immediate welcome from Mack and several of the folks who had probably been participating since it started a year earlier.

Although there are experts throughout the #blogchat community, there was none (or at least VERY LITTLE) of the ego that can be found in places where you may feel like you are not as experienced as others. In fact, I hadn’t been blogging long and I knew I had a million things to learn! And when I expressed those thoughts, everyone seemed to say they were here to learn too! Awesome! I think the community deserves massive praise but I also think I would be remiss if I didn’t point out that Mack helped create that sort of space by offering his expertise where it was needed and asking others for ways to do things better too. Leading by fully participating is great for community building!

With that type of community available and so generous, I began joining in almost every week. There were a few topics that I wasn’t sure I’d get something from, but quite frankly, joining the convo led me to understand things that I may need later. And there were always people willing to lend a kind ear to a beginning blogger like me who had some pretty basic questions at times. That’s how I found folks like Becky McCray, Heidi Cohen, and Margie Clayman. Those folks, along with Mack, remain some of the folks in the social media world that I watch most closely as they do it so well.

A great deal of that can be traced back to discussions I’ve had with people in the #blogchat community — if not on Sunday nights, than any other time of the week when the question came to me and I sent out a tweet. I also built my own confidence on topics within the area so that I can serve as a resource for others. 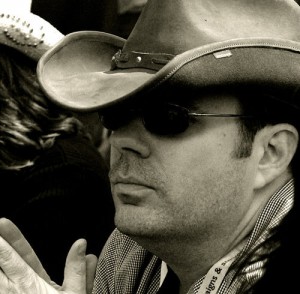 Being Yourself is a Good Thing

This is a pretty goofy subhead maybe but the thought behind it is sincere and to me, it is important. A lot of people worry about controlling their image and social media is a weird place for that. Its much easier to be yourself. And quite frankly in social media, by being yourself you can enjoy things a lot more.

I got to meet Mack not too long after I started participating in #blogchat. Sitting on the patio at Dan McGuinness (a restaurant/bar I truly miss), it was clear that Mack sitting there having a drink is the same good guy on Twitter. And for the extroverts — believe me Amy Howell of @HowellMarketing is every bit as extroverted as I — we knew what a great person we had and even though he hadn’t written the now famous introvert post, he was a tiny bit more reserved than the in your face people. For us, we knew to step back so he could answer all the questions we were throwing at him as rapidly as possible! LOL!

Mack and I are both Southern. Yes, I know I have lived in New York and now live in Missouri…. even though I have lived in a variety of places, the South is deeply ingrained in who I am. We call people darlin’ in our real worlds so why not in social media? When I get excited about something, I say it rocks…. that leads me to use the #FarmersROCK or #CottonRocks hashtags now and then. It shows people I am pumped up. Quite frankly, being yourself makes it really easy when you meet people.

The same comes from genuine interactions about what you may be learning. Saying you just learned something can frequently lead to learning more! And everyone knows learning rocks!

Where to find Mack:

Do you agree? Should Mack get a cape?