Today is World Food Day and I’m counting myself lucky.

I’ve been lucky enough to travel fairly broadly (though not nearly as much as I would like). And in my travels I’ve seen people and places who would love to have the abundant, safe food supply millions in the US take for granted every day. Among some of my greatest food lessons and venues: 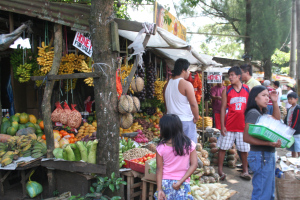 What my personal travels has shown me is there is a very deep gulf in food production and availability in various world areas. And today I take time to add my thoughts to the solution. I do not think there is a single answer nor a single problem. Lots of things have to be changed. The world populations make it incredibly hard for everyone to live in the most optimum food production areas. This means we need to find ways to make food available to people in various world areas. Let me state here clearly, I DO NOT want to make the world a monofoodculture — I don’t think we should subject others to Wonder bread (though I do love the smell from that bakery).

Some of the biggest issues are:

Those are just top of mind thoughts. I’d be glad to continue the discussion later though. What are your thoughts?