I don’t know if you have paid attention to the news, but there is a new proposal in the works for New York. The idea of instituting a ban on large sodas (pops, Cokes, or whatever you call it) has been proposed by New York City Mayor Michael Bloomberg. It would limit restaurants to serving Cokes in containers now larger than 16 ounces. And it is getting reactions from all over the world (virtually all say its wrong for government to be engaged in setting limits). As a one-time NY metro resident, I know that the politicians elected there do not always do well in garnering the respect of the nation but potholes elected a senator for almost 20 years so maybe banning smoking and sodas work for mayoral elections. 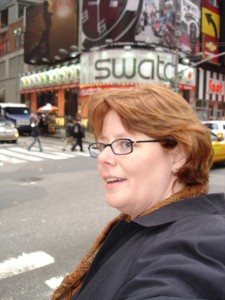 Is Drastic Change Needed in Our Diets?

For many of Americans, definitely. We are heavier than we should be. We have health issues like type 2 diabetes occurring at higher rates. Both of these things clearly are impacted by things like poor diets and massive soda intake is certainly a factor.

Should We Take Action To Change Diets?

Definitely. The fact is many Americans have valued things like easy, quick and living in the now when they are making food choices. We need to shift our behavior.

Definitely not in my opinion. It’s not even a band-aid. And even Bloomberg acknowledges the fact this one would create a downward spiral places could dodge it by offering refills, giving two for one specials, etc. When the dodging starts, would that mean another law? And would we need another law to say people can only purchase one soda? Will we need to require a certain amount of ice be in the cup? Will we need a national program connected to an ID that only allows you to purchase a soda every 8 hours?

About the only thing this proposal has going for it is it shows the extent to which we have come to these days. I think more and more we are failing to remember that freedoms to make our own choices are what separates us from so many parts of the world. We do not need to go the route of regulating personal choice out of existence.

What Action Should be Taken?

If anyone knows of one single action that could solve this complex issue and still leave our integrity in tact, I’d love to hear about it. You should jump straight to the comment section before you lose that thought! I think it’s just a little bit more complicated though. Here are at least a few initial thoughts on things we should focus on:

Diet — For several of my friends, family and me, we have been doing WeightWatchers. It is all about balancing your diet. There is no restriction on what to eat, just reality checks. Things in proportion. Since I started in November, I’ve lost more than 25 pounds and my goals have continued to move up as I see success! I don’t think that Weight Watchers is for everyone, but people need to find ways to focus on their diet, considering how what they eat impacts their health. It is certainly working for me.

Exercise/Movement — Too many of us are too sedentary (this one applies to me far more than I’d like to admit). We need to be more active whether that is through exercise, choosing hobbies that require us to be more mobile or something else. 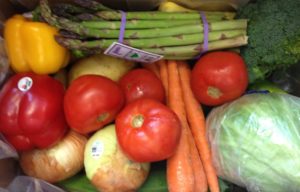 Education — This one gets maligned… its hard to educate people who don’t want to hear what you have to say. I think having conversations and setting examples is the way to go. When you see the benefits of eating healthier, it’s much more likely to get you to choose that path. Modeling the right behavior rather than preaching about it works, at least for me. Explaining the benefits works. And even if some adults are dug in and unwilling to change, there is no reason why we can’t include more health & nutrition in the schools. I saw this work big time in Mississippi. Schools were getting special grants to have fresh fruits and vegetables in meals. Occasionally, snacks were provided and the students learned about foods like kiwi fruit they had never tasted. Kids started asking their parents for fruit at home! 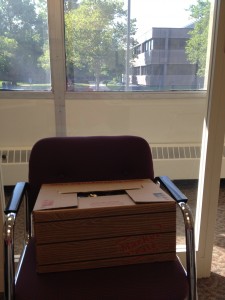 Innovation — One factor I think people forget is how much impact innovative ideas can have on things like this. There are some great ideas out there too. One of the innovative ideas that is helping me eat healthier is Fruit My Cube. It’s a value-added service that brings a farmers’ market to my office. Since I wrote my first post on Fruit My Cube, they have added another awesome service — selling “market crates” filled with vegetables! I’ve had one of these and think it is awesome. I look to see what’s in the boxes/crates this week, decide what I want to order on Friday (or have a standing order) and it comes on Monday and you know what’s in it. This is the sort of idea that should be extended to LOTS of other cities. In other stuff, my office is doing some neat things…. some of our breeders are working on taste, others working on nutrient profiles, etc. Cool things in vegetables and lots of other organizations are using science to improve nature too.

Food Production — I have decided to go beyond growing herbs this year and for the first time, I am planting tomatoes (grandmom has to be smiling about that!) I know, it’s not like an actual garden… I’m doing quite a few containers on my deck and a raised bed. I also continue to learn about food production from a wide variety of experts — farmers, butchers, etc. Lots of them are online. I have a long list of blogs by people who are involved on the farm in some way (I really need to update it so if you happen to stumble here, check the list and tell me if I’m missing you or a favorite blog you read) and there are places that pull several farmers blogs together in one place like FarmerBloggers.com.

I’m Sure I Missed Some Things

I wrote this post fairly quickly because I was thinking and got to the computer. I started writing. I wonder if you can hear the emotion in my tone. I try not to write from that spot but I have to wonder today whether someone will soon be making all my decisions for me. That said, I think the Big Gulp and Super Size Me side of America is totally whacked. And yes, I have had my share of super-sized drinks. I also love french fries and big ol’ buns for my sandwich. Its been months since I had a super-sized drink but I’m willing to say, that today I wanted a bucket o’ soda out of sheer stubbornness! Wonder if Bloomberg failed to count on the redhead factor…. hmmm…. There are a lot of Irish folks up there.

I firmly, we should patronize the places that sell the things we want. I’m drinking vast amounts of water and limiting the Coke I drink. I’m eating much closer to the USDA’s recommended amounts of fruits and vegetables. I’m paying attention to the amount of protein I get as well as the number of carbs…. and portion sizes are much smaller. That means my money goes to different things than if I was on a high carb, fast food diet. When I grab a quick bite to go, it may take a couple of minutes longer but it includes thinking about nutrition.

I’ll continue my new habit of drinking water with my meals…. that is til I go to New York again on vacation or business…. I can’t make promises about what will happen there. My redheadedness is expressed more clearly sometimes than other. 😉 And yes, New York can do as it wants…. it can ban big drinks and the world will not stop turning. The only thing is, its doubtful that it will have an impact on obesity rates…. but then again maybe that doesn’t matter in politics cause even Bloomberg has said this will not stop people from consuming more soda.

What do you think of the proposed ban?

I’d like to take a simple vote but please, leave more info in the comments. I like comments even more than Coke these days…. and that comes with no calories!