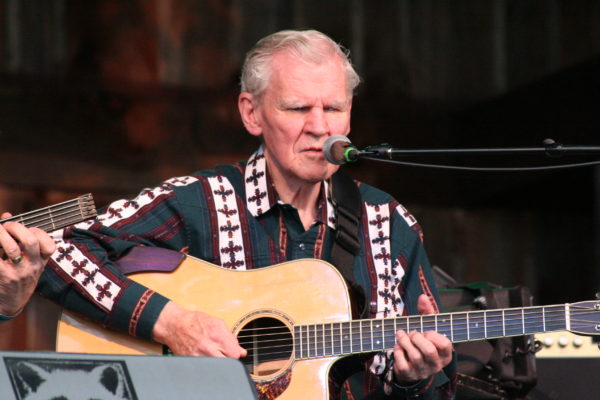 Tonight as I was trying to figure out what I’d post for Wordless Wednesday and as I trolled for ideas, I saw word from Kym Warner of the Greencards that a musical genius — Doc Watson — had died tonight. My mind immediately went to the first and last times I saw Doc Watson play and I turned to Google to see if it was indeed true, hoping maybe Kym had gotten it wrong and knowing he hadn’t as he was moved profoundly by the man who flatpicked with the best of them.

Although Watson is perhaps most acclaimed for his astonishing technique in both the flat-pick and finger-picking styles, his greatest contribution touched on broader concerns.

“Doc arrived at a point where there was the beginning of an audience for traditional music, but not really an informed group of people,” Ash Grove owner Ed Pearl said last week.

“Doc was by far the best traditional artist I ever met at talking openly about his people, and just having a casual conversation with an audience.… He was among the most versatile and un-self-conscious bringers of Southern white culture to the Ash Grove possible, and he did that right from the beginning.”
With his natural ease as a storyteller, his heartfelt baritone singing, his repository of material and his facility on guitar, Watson was a rare combination of authenticity and artistry.

I first saw his play the Walnut Valley Festival in Winfield, KS where they held the flat pick championships when I was in college. I remember standing in awe with my brother and some friends, watching this musical genius get sounds from that guitar in a way I had only imagined. Seeing it with my own eyes was mesmerizing.

I saw him again just a few years ago, the photos on this post are from MerleFest in 2009. I went to the festival with friends who go each year. That year was one where I splurged and bought VIP passes so I could be on the stage to take photos. It gave me a chance to see musicians on an intimate basis that I’ll forever remember. The reminder comes with a soundtrack in my head of beautiful guitar and his singing about things that everyone could connect to. And I feel certain his impact will insure his music and legacy continue on. 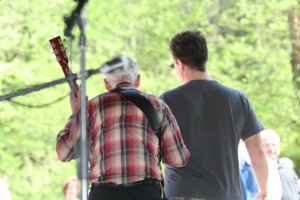 But for me, Doc will also be forever remembered as a dad. MerleFest was created in memory of his son Merle Watson who died too young in a farm accident. (I’d be remiss if I didn’t say we have lost too many fantastic people in on-farm accidents, far too many.)

The fact that a festival marked Merle’s life annually and Doc played with lots of the new faces of American music. And I bet many of them feel a sense of responsiblity for carrying some of Doc’s music forward. That’s whats awesome about really great, gifted musicians, they keep music going after other musicians pass. I didn’t get to go last month but will think of the last time I saw Doc leave the stage for a while and I’ll look forward to another act taking the stage…. gotta admit he’s an incredibly tough act to follow though…. may take an all-star band.

Sorry I got so wordy, but at least I put in a lot of photos!

I’d love to hear other people’s Doc Watson stories if you have one to share. 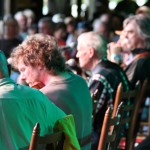 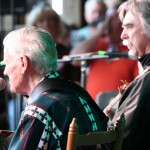 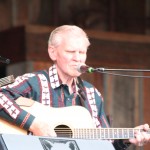 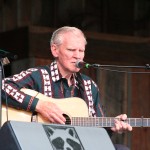 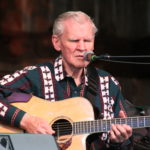 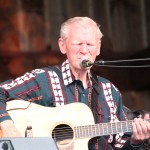 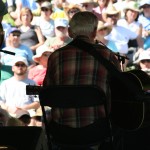 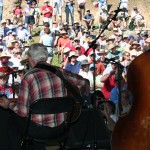 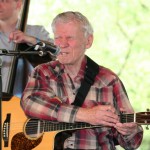 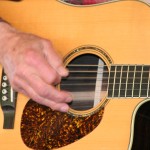 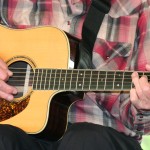 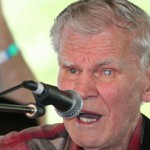 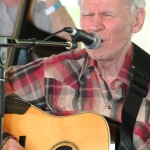 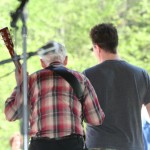