A couple of weeks ago I was helping friends from Turkey do a variety of shopping during a short trip to St. Louis. We were focused on buying a variety of things they and family members need but have trouble finding or affording in Turkey. Most of our shopping was focused on their daughter (soon to be one year old) and one of the things they wanted was a reasonably priced video camera. Well…. while looking for that for them I stumbled on this for myself: 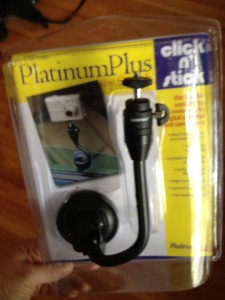 It is sort of a monopod built on a suction cup. A real agnerd rush came over me! I’m still not sure what to call it unless I use the product’s trade name… the click n stick… but I immediately knew what it would do — help agnerds like me take mobile video that would be far more stable! No more trying to hold the camera while driving a tractor! Seems to me a few farmers I know could use this — especially if they don’t have autosteer.

Note the product I bought is called Platinum Plus Click n’ Stick by SunPak. I got it at my local Best Buy for about $20 but you can get it online too.

I decided to give it a try while I was at Forrest Park for a weekend top down drive. Here are a few photos of how I used it: 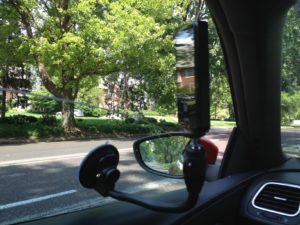 Camera on driver’s window pointed to shoot through the windshield 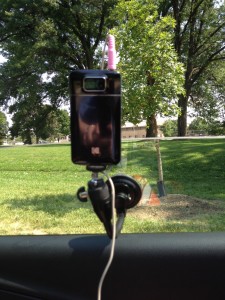 I think using an external mic can really help make a difference. This is a small clip on one I got years ago to use with my computer. I think it cost me about $10. The only thing I need to do is plug it in, make the selection for microphone and clip it to my clothes and I get better audio! 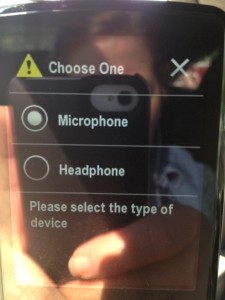 It was really useful and with a fairly lightweight camera like most flip-style video cameras, would easily be perched up on the monopod for a long time without problem. Here’s some video I took while using it.

Although agnerd vlogging uses were the first to come to mind, after using it for a few hours, I see the potential to use this in lots of ways! Some of the ideas I came up with include: 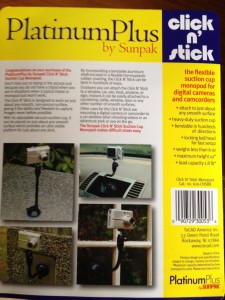 Tips on using it:

What tools & tips do you have for shooting video for your blog?