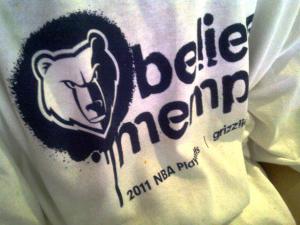 This morning I headed to the airport for the first trek out of town since the water started really rising. It was one of those days where I was running (or at least fast-walking) from the time I got out of bed til I sat in my seat. Once I was able to breathe, I asked for a cup of water and tried to relax. As we took off from Memphis I couldn’t tell whether to celebrate being in an aisle seat or try to stretch for a peek at the flooding, but I was tired enough that my body answered where my mind couldn’t!

The guy in the seat next to me was really nice and we chatted for a bit. As the conversation turned to the flood, I mentioned that I had been photographing and blogging it. We also discussed the Grizzlies and how we both loved the “believe Memphis” campaign which is pulling so many people together. Later it seemed that having this discussion was preparing me for several conversations I was yet to have. 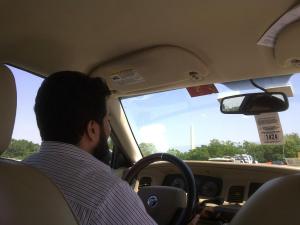 As much as I travel, I’ve gotten used to the polite, casual conversation with various folks I come in contact with and I’m pretty sure my family and friends will attest to the fact that I do not know a “stranger.” So when the question of “where did you come in from?” came from the cab driver I replied with the same thing I always do. “Memphis.”

The reaction has been different than normal in the half a dozen of so conversations today. The reactions today didn’t go to the same polite standby discussions of “how’s the weather there?” or “isn’t that where Elvis is from?” Today the reaction was either immediate heartfelt concern asking about how Memphis is doing from the cab driver, or the concierge somewhat jubilant asking if I’ll be watching the Grizz & explaining  game, or some personal connection to flooding or my hometown. As I made a small purchase, my rewards info flashed on the cash register and the question was whether I knew how my home was in light of the floods.

For me, it seems like the DC crowd is also interested in the “believe Memphis” concept. They want to believe everything’s going to be alright and I for one think they should. Its going to take some hard work and it may take a lot longer for some people than we’d like, but like the Grizzlies did last Saturday as my nephew and I watched. Memphis may be down for a bit, but we’ve got stamina. And even more important, we believe and yes, we can keep on that positive mindset even when we are tense!