This evening as I headed home, I assumed it would be a quiet day on planes and in airports. But I have never been in a gate where the crowd was so loud! And everyone had on near matching shirts so I asked a girl named Erika who had on her Southwest nametag, why there were more than a hundred Southwest Airlines employees here? And why, I wanted to know, we’re they so happy! 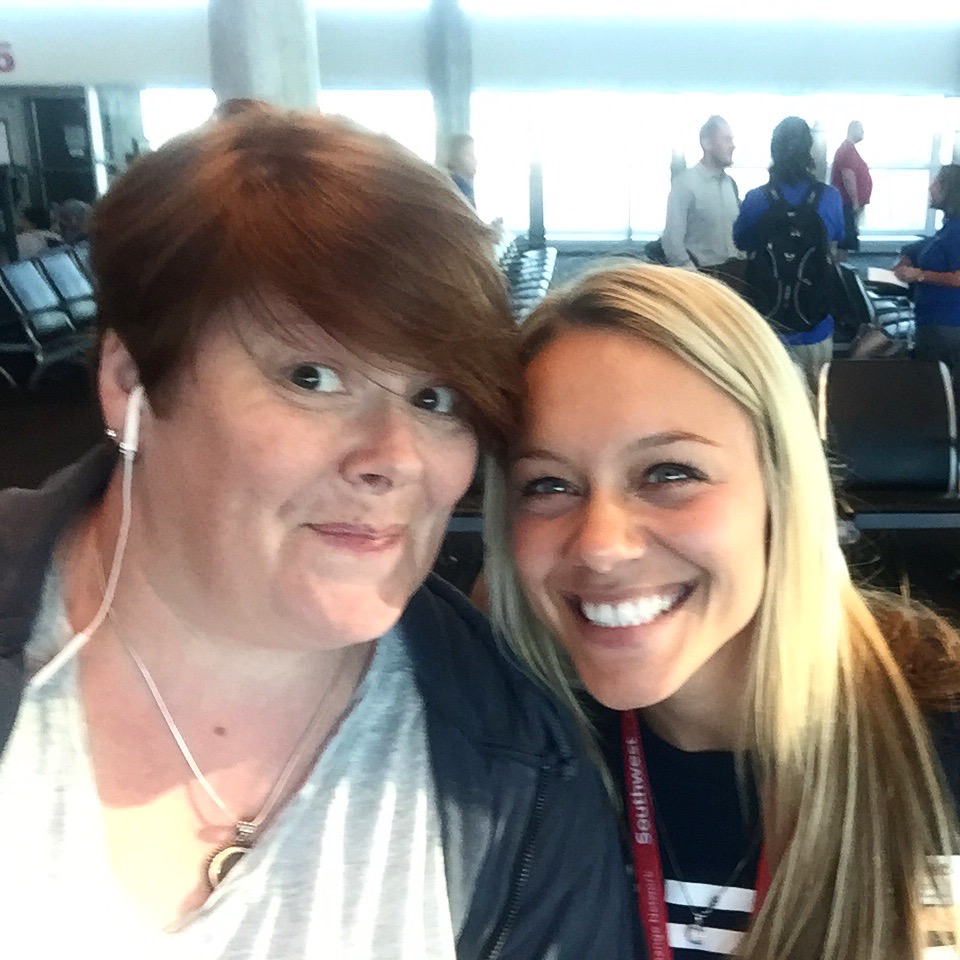 She told me a new plane was coming in and they recruited employees to help test boarding times. I had to know more (I am nosey and my flight is delayed anyway) so I moved in closer.

There were SWA employees as far as the eye could see. At times, the people leading the project would get on the loud speaker and everyone would immediately quiet done. As soon as the announcement was done though, the happy conversation picked right back up.

The new plane, Erika told me, is a Boeing 737-8. She pulled up the article in the Dallas Morning News to show how awesome the inside of the 737-8 is. I didn’t get to see the inside but look at the employees lining up to see it land! And look at how many phones are out! 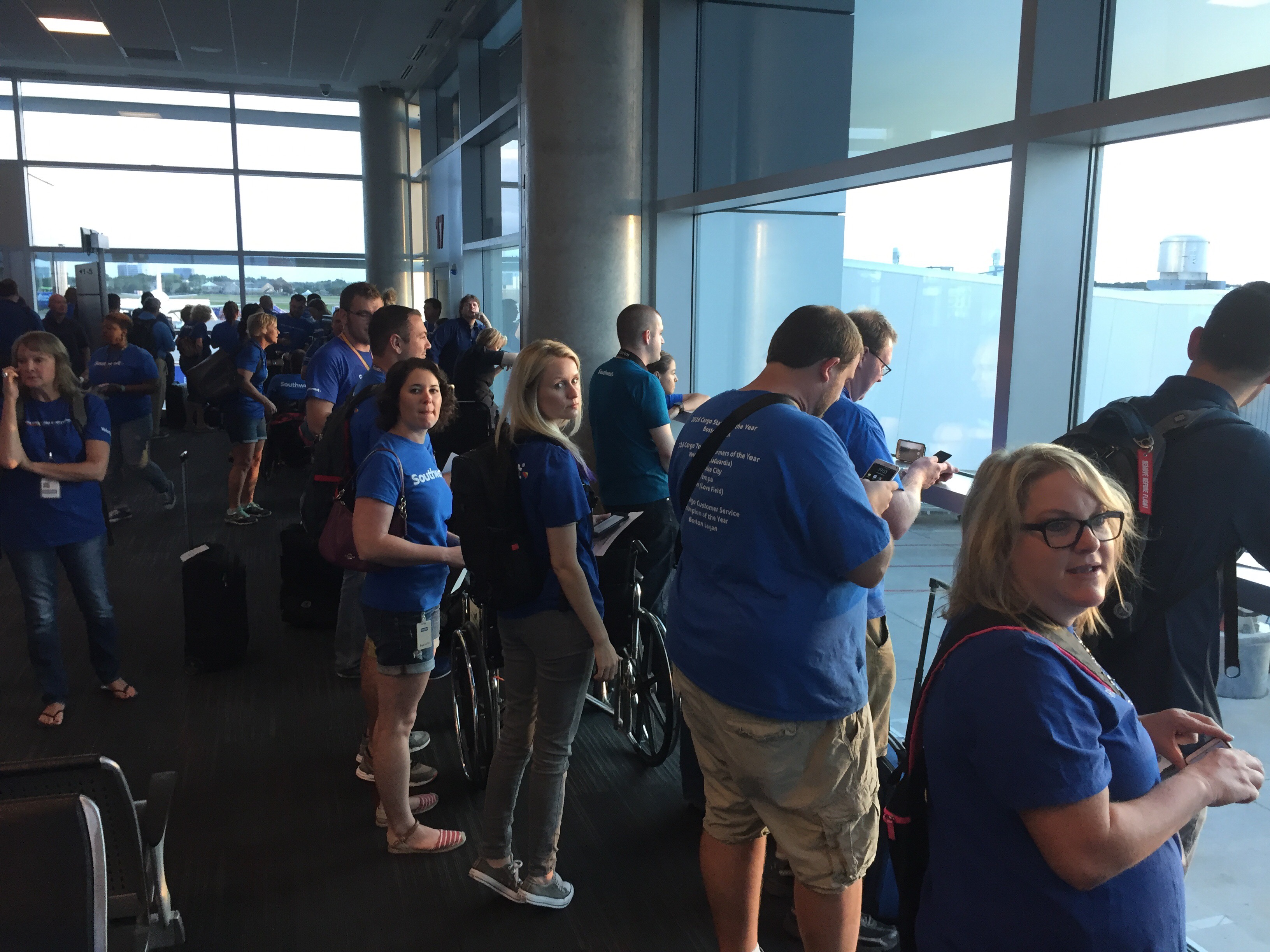 I didn’t get the world’s best shot but this one of it with sunset is pretty nice IMHO.

And this one of the nose…. With a few employees too!

For me, it was interesting to think about what the airlines have to do to get the right times for boarding down. I laughed as I saw an employee had brought her toddler. I wondered whether they would be assigned whether they are travel pros or not (guessing some had to get A-List boarding privileges!)

More than anything I enjoyed knowing how many Southwest Airlines employees would volunteer to spend their Saturday at the airport just to get the first glances at the new plane passengers like me may soon fly in. I hope it has comfy seats & good wifi!

0 shares
« Whether it is 901 Rocks or #901Rocks, it is Lots of Fun
A Small Contribution to Feeding the World this Week »