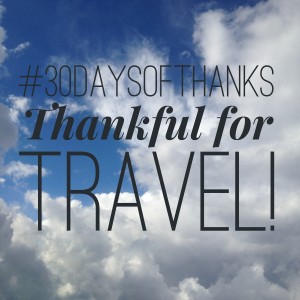 With the frequency with which I find myself hitting airports and highways for trips, I am sure lots of people were betting I would be thankful for travel and that it would have a spot in my posts of thanks.

Well, I certainly am but I am not sure people would anticipate why I am so thankful for travel. I am most thankful for how it enables me to be myself, even if I have two very different parts to my life.

Travel gives me the sense of independence and adventure that I have always wanted. I am not sure I was born wanting to push boundaries a bit but feel certain I was independent early in life.

In today’s world of air travel and great roads and cars, it is easy to get out and see all kinds of places and meet all sorts of people. (I am pretty sure my mom will agree that I never have met a stranger! LOL!)

The rush of talking to people with different perspectives — whether they were in the same zip code or half a world away — has always been a source of interest for me. 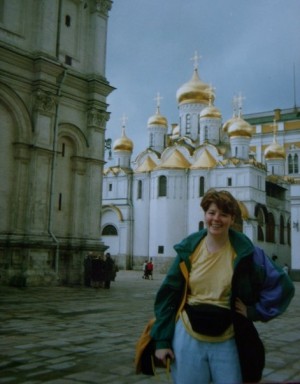 As soon as I was able to figure out how to do it, I traveled. I did it with family early but with car keys came dreams of bigger things and going solo! By the time I was in college, I was flying to various places on breaks and my adrenaline rushes were getting bigger. I was planning for international travel and spent part of my summer in grad school in Russia studying their media.

The rush of being so far from home was awesome. seeing things i had only read or heard about. I was without any means of getting in touch really — it was still the Soviet Union and I think I called home once or twice to simply say I was ok & would talk to them when I got home — and that was ok for a while.

I also realized that these adventures could be longer term, as I pursued my passion for communications in various places. I have to admit that moving to New York was intimidating for a while because I knew I couldn’t just drive home in a day’s time.

But I am a family girl too….

Even when I first started traveling independently, quite a bit of that travel would be to see the people I love who didn’t live wherever I was at the given time.

That started in high school when my sister moved to North Carolina. I wanted to hangout for a while and found it very grounding to just pick up and go over there and hang out with the family for a while. And she traveled as well to keep up those connections. I told you I had a great family!

It is hard to imagine that I have only lived in the same city as my three oldest nieces for a couple of years in their lifetimes in part because we have spent so much “quality time” together throughout their lives. 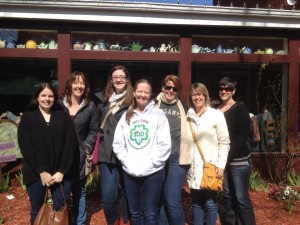 My sisters, a niece & some girlfriends at a girls weekend in Nashville where we saw Pink!

Whether it was for holidays (we have revolving schedules on locations) or spring break or summer vacations, we all enjoy being together and travel enables that.

Sure I know families who all continue to live in the same zip codes, and I think that is awesome too. But I remember how my Aunt Martha Lee and my Uncle Jimmy seemed to be such a rare presence for me. And it required an awful lot of effort for my Unc in Texas to get his family to Memphis at the holidays!

I am not sure whether the lack of travel ease is the only reason we missed some of the people in our family, but it sure seems to have had a role! And I truly don’t think my generation really has to sacrifice connectivity to pursue their career paths or sense of adventure.

0 shares
« #Foodthanks Is a Regular Topic of Gratitude for Me
Thankful for Cold Weather in the Winter. Wait, did I say that? »