I wasn’t sure what it would be like. Like everyone else, I’ve had a variety of workmen/women in the house for a variety of chores. You show them where the work is done and depending on what they are doing, you either have a few things to do to help the work get done or you go back to whatever you were doing before they arrived. 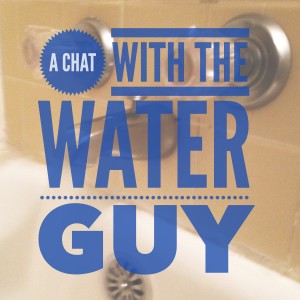 Thursday’s visit from the water guy was one where there were a few things he was asking me to do. He needed me to open faucets upstairs and downstairs to drain as much water as possible once he shut off the water. The location of the meter meant he needed a pan of a certain height to capture water, etc.

As is frequently the case, we ended up chatting about this and that. I asked if I was the last person in St. Louis getting this done since the water company sent notices around the first of the year since I have been traveling & not getting it done, he laughed and said there were still quite a few being done. He asked what kind of travel I do and I said I work with farmers and travel around talking with both folks on the farm and people in cities about agriculture. That caught his imagination.

We talked about how my friend Brian of The Farmer’s Life is using drones on his farm to see how crops are growing, where water may be standing, etc. We talked about how I got to help work calves with Val & Mark of North Dakota’s Wagner Farms or how I saw South Dakota’s Troy and Stacey Hadrick weaning calves on their ranch. I told him about how some farmers I know — like Cannon Michael who took me pheasant hunting and Jeff Fowle who showed me around his ranch — spend untold hours focused on water!

We also talked about barbecue, the blues and Southland Greyhound Park.

Seems the water guy had been thinking about how someone can get to visit a farm. He had seen where various farms or ranches offer vacation packages. He was thinking about how cool it would be to learn how farms work and be able to lend a hand as he learns. So I said I’d post about it up here and maybe talk to some friends about the possibility… who’d be willing to show a water guy around their farm or ranch a bit?