This morning as I was doing my initial check of social media I saw Facebook  memories in my notifications and like many other times, I was sucked into looking just to see what I may have shared on February 2 in the past. This status on tweeting totally jumped out at me and made my distinctive “Person girl” laugh come out (family & family friends know exactly what that means!). 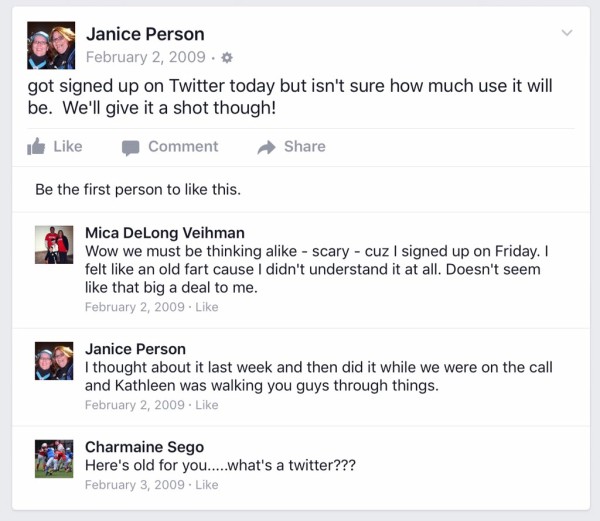 I decided I had to reshare the status, I felt sure it would be greeted differently than it had been. First, seven years ago not only did I not know how I’d use Twitter or whether it would stick but second, I was pretty sure a lot of my friends hadn’t heard about it then. Seven years later I have learned so much thanks in part to the doors, people & info I found via Twitter.

Tweeting Has Really Changed My World

Now, Twitter is part of the day-to-day for a variety of reasons and I frequently have family & colleagues shake their heads wondering how I came to have thousands of followers on Twitter. 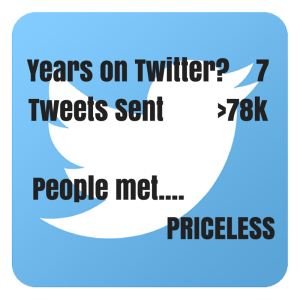 As I have gone through the day, it has continued to come to mind that while I had no idea I was about to hit a pivot point, that’s what it became.

That is big looking back on things from where I am now.

I have previously written about how great Kathleen was in helping me find my footing on Twitter. But in a world where some people question Twitter’s value, I can tell you it helped me change things for the better.

Social media can be more than a way to connect with people you already know. I was playing around on other channels (seriously, I saw a MySpace icon today & about fainted) but that was with friends and family. Twitter was the first channel where that wasn’t the way things worked.

The ability to meet new people who share a particular passion is forever different. If you have a real passion for a topic, you can find folks like you on Twitter. Of course, lots of other social media channels have incorporated that now, but Twitter is still a go to if you want to talk to people you don’t know.

Other things I found by tweeting:

Never saw all of that coming…. wonder what’s next?!?!