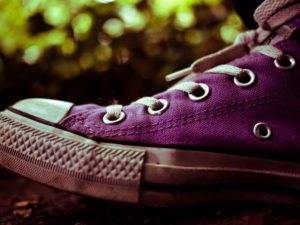 I’ve written about Jeff Pulver before — he’s an integral part of my post about the faces of #140Conf Small Town and Monday’s #140confDM.  And while I talk a bit about Jeff in those posts… you don’t really get the feel for the guy cause all of that was within context of the conference and lots of other stuff was going on. Why does Jeff stand out of the crowd though in the day-to-day social media world? What makes Jeff Pulver my social media hero (and I bet social media hero to many others)? Those are the reasons I want to write this post.

The words that would be used to describe Jeff in a business sense are things like technologist, entrepreneurial, social media leader, but those words don’t help you get to know Jeff. And Jeff is one for totally going above and beyond labels and breaking through those barriers that are put up by the use of labels. He has built the State of Now into a global opportunity to meet real people — the concept started as bringing 140 characters together.

Twitter works on the platform of 140 characters so it was an interesting spin. Rather than having someone talk for 2 hours and others only talk for 15 minutes, individuals would get 10 minutes & panels get 20. That way in a day’s time you can hear lots of people tell their stories. Their real stories, the sorts of intimate stories you tell your dear friends or as Jeff said at #140cuse, to be vulnerable. That’s the beauty of social media and the beauty of Jeff’s role in it…. he leads by example.

Jeff doesn’t tell you how to do social media…. he doesn’t just tell you his way of doing things. He empowers you to join in the fun! He asks you to participate. He helps you break down your own barriers by encouraging you to do something that seems so simple but isn’t always embraced… but when you are in a room full of people being told to hug others next to them…. well, those hugs are a trademark of Jeff’s. A trademark that has gone on the road with lots of folks…. for instance, when I see Todd Jordan here in St. Louis, the hug is our greeting. Yes, I know lots of people will say, Janice is a hugger and I have always been one, but Todd credits Jeff for his love of hugs. Jeff says “hugs over handshakes.”

It would be cool if Jeff had done one or two of these conferences, but he’s done lots. And what’s really cool is he doesn’t want to keep it to the things that he can reach. He’s empowered others to get these done in their communities — that’s where folks like Becky McCray and Deb Brown come in as well as folks like me, Todd, Jeff, Ray & Chamillionaire and many more.

The real reason Jeff Pulver is one of my social media heroes is he works to understand the social media, help others understand it and helps empower individuals to made the most of the power we’ve been given. With that awesome use of a superpower for good, he should have a purple cap to go with those purple Converse & glasses. 🙂

Where can  you find Jeff Pulver? Online he’s found pretty easily — he’s on Twitter as @JeffPulver and his blog is http://jeffpulver.com/ but you would be smart to find him at a State of Now event through the #140conf hashtag or the http://140conf.com/ website.

In April 2012, Jeff’s presentation during State of Now Des Moines about “Simply Become Who You Are” really moved me. I want to put it here. PLEASE watch it.

0 shares
« When is Earth Day and How Do People Celebrate it?
Proud of My Role in Agricultural Communications »