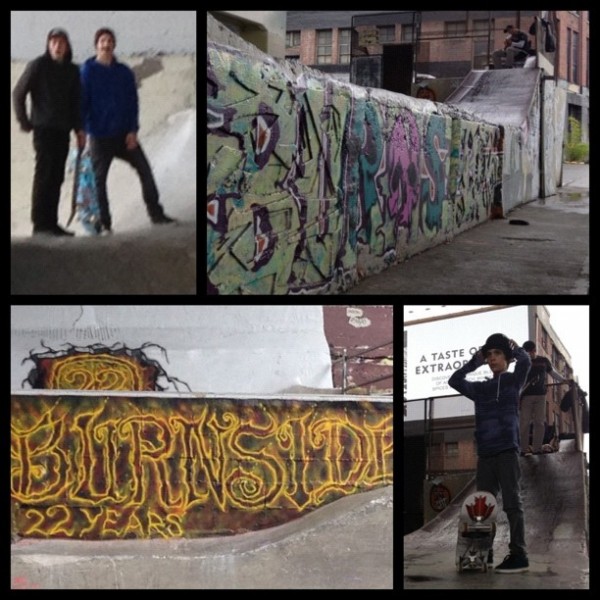 This photo was the first to grab the eye and imagination of Lakeshia Brown aka @UncommonChick. She wittily asked “Were you on a board?

I’m actually always interested in the story behind graffiti…” 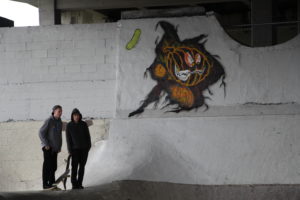 Well, this skateboard park and graffiti go hand-in-hand! It was absolute happenstance that I stumbled on it because I had decided to go off the beaten path on my way downtown to try and get photos of the river. I wandered up and down several streets stopping several times and taking photos before coming to Burnside. As soon as I the project weeted the above photo, my friend @kidell said she thought this was used as a location in a book she had read. In fact, its in a lot of movies, TV shows, Tony Hawk video games, etc.

According to the Burnside blog, the Burnside Skatepark is something that came together organically as I-84 overpasses were built in Portland in 1990. The official construction of the overpass was met with unofficial construction for skateboarders. A few skaters saw a need and were just filling it. Since it was raining off and on while I was there (and does so damn often in Portland) it seemed a great spot as skaters don’t want to try being airborne, etc when they aren’t sure the board will be able to grip the ground on landing or when speeds are hard to maintain. In fact, I saw several skaters making sure they got their sneakers dry and verifying which parts of the park were wet before they got going.

Lots of overpasses and bridges are prone to graffitti but in looking through videos, etc, I found Burnside has had wide ranging artwork! The people who use the park set up a 501(c)3 so it has official non-profit status, which allows them to collect money for upkeep and continued additions.

I didn’t get on a board, but I really enjoyed the skatepark by watching & taking photos. Here are some of my shots followed by a video I found on YouTube. It was shot a year ago and I love that so many folks are in costume and the music is perfectly chosen! If you look around 5 minutes in, you’ll see a caveman on a skateboard that is really kicking it. Awfully fun to watch even if you are prone to tripping over your own feet. 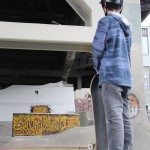 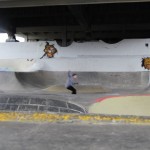 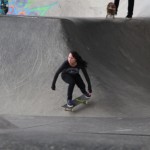 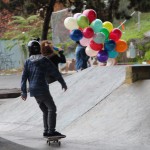 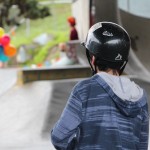 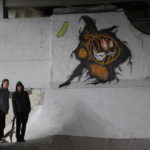 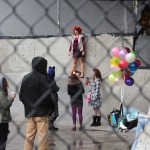 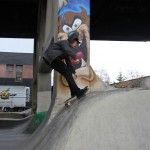 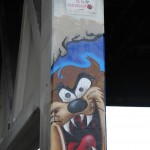 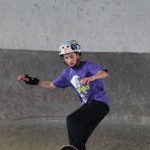 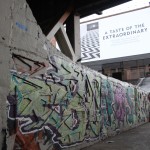 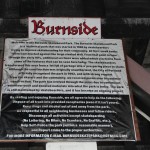 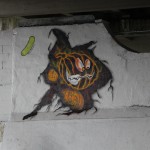 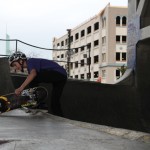 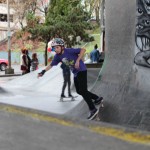 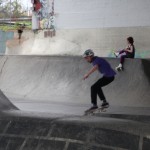 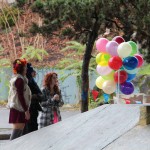 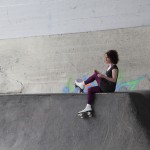 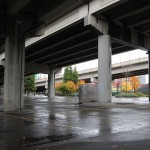 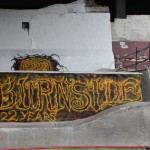